It all began in 1928 at the land of dark Arctic winters and the midnight sun, when a blacksmith Janne Marttiini decided to establish knife factory to Rovaniemi in Finnish Lapland.

With the user in mind, he began to create beautiful, high quality utility articles to be used in the harshest conditions imaginable.

But don't let its beauty fool you. The moment you put one to a test, you're convinced it is the perfect tool for your need. You feel the sensation of natural materials like leather, curly birch, reindeer antler, and of course the ultra sharp blade always made from finest steel.

Today, Marttiini knives are a combination of generations of craftsmanship and modern technology that create knives that are not only sharp, but also perfectly represent the beauty and toughness of the North. They're called "puukko" – the Nordic knife. 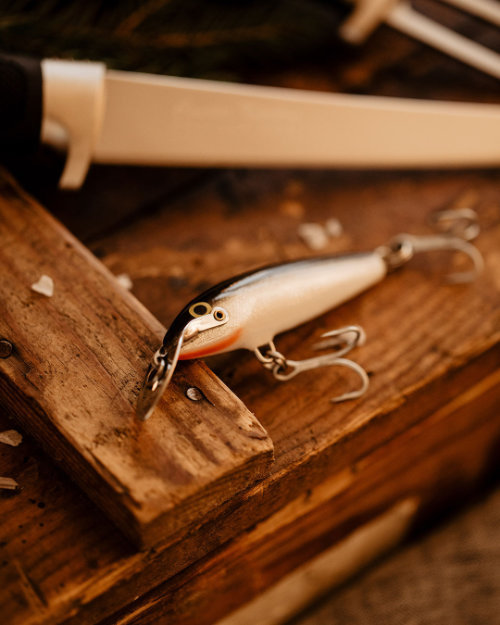 Johan Henrik, also known as Janne Marttiini, was born on May 2nd, 1893 in Sodankylä, in the village of Kierinki. Being brought up in a religious family gave a strong foundation for his whole life. As a child, Janne Marttiini was lively but hard working and very ambitious even at his young age. “Truth, honor and humility” were three important words that that guided him all his life.

In 1928 Janne Marttiini founded J. Marttiini’s Knife Factory Ltd. on Vartiokatu street in Rovaniemi. He sold his knives throughout the region himself and thus supported his large family. Demand for the knives and the number of employees grew steadily.

Janne Marttiini was a pioneer at his time; export business was very uncommon at that time, but Janne was an unprejudiced tradesman and product developer. There was demand for high-quality knives, and in 1952 Janne made his first voyage to United States. He also became known as a preacher and traveled the world all his life.

In 1952 Janne’s son, Toivo Marttiini, emphasized personal customer relationships in the export markets. Marttiini was again ahead of its time with customer-specific product design: An inquiry received from the United States regarding the manufacture of filleting knives led to massive export in the 1960s. J. Marttiini’s Knife Factory Ltd. received an export award granted by the Finnish President as a recognition of “exceptionally significant export achievements” in 1967.

Toivo’s younger brother, Lauri Marttiini, took the company’s leadership position in 1975. He worked as a lead figure for three decades.